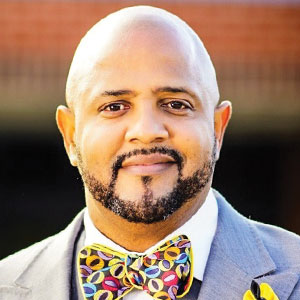 Dr. Cary Holman began his teaching career in 1995 with the Chattanooga City Schools System. He then continued his teaching career with the Franklin County School System for eight years, where he served in numerous capacities from 6th Grade teacher to Middle School Assistant Principal, and eventually to Elementary Principal. In 2003, Dr. Holman  was hired at Homer Pittard Campus School where he taught 5th grade for 2 ½ years. In the middle of his third year, Dr. Holman was assigned as Assistant Principal at Siegel Middle School. August 2006 found Dr. Holman the principal of Central Middle School, where he served until 2010. Since then, Dr. Holman has been the proud principal of LaVergne Middle School as well as an adjunct faculty member at Middle Tennessee State University.

Dr. Holman’s passion for education has led him to present at national and state conferences on school culture, climate, and educational leadership. Dr. Holman believes “There are no such things as problems, rather he views them as Opportunities.” Through his 26 years of service in public education, Dr. Holman has impacted the lives of many students, families, and educators.